Quality, Consequences and the Construction Industrial Complex (part 57) – All IMHO:

Should the government or the building design & construction industry lead?

In my experience the government has to lead because the building design & construction industry is reactive based on minimum compliance. It should be remembered that building codes were implemented to ensure public health & safety via a “minimum” mandatory standard. However the building codes in North America seem to be the maximum standard that buildings are designed to.  To be fair the “Green Building” movement, think LEED for North America, has had a valiant try in moving the building performance agenda forwards but this now seems to be running out of steam. By 2015, LEED had certified less than 1% of the commercial buildings and homes in the USA after 15 years of effort (Source: Jerry Yudelson). The figures are about the same for Canada. What about the other 99%? The USGBC is losing membership and money at an alarming rate and I believe the coming mandatory switch to LEED version 4 in October 2016 will result in even greater loss of market share for the LEED certification system. (For more analysis on this read Jerry Yudelson’s up coming 2016 book, “Reinventing Green Building: Why Certification Systems Aren’t Working and What We Can Do About It” http://www.reinventinggreenbuilding.com)

IMHO the future for Canadian buildings will include carbon accounting based on mandatory reporting requirements. Remember at the recent COP21 meeting in Paris, Prime Minister Trudeau signed Canada up to reduce GHG’s by 30% below 2005 levels by 2030. The UK and Europe are ahead on Carbon accounting in property development. Leading property RIET’s such as British Land in the UK, report their building portfolio Carbon footprint annually and are rated in Carbon Disclosure Project Leadership Index. How long before North American property RIET’s with trans-national occupants go down this route? As a construction business today you face a choice, get in front of this trend or react to it.

There are moves afoot already in Canada. On Feb 25, 2016 the Ministry of Energy issued a proposal to implement an Energy and Water Reporting and Benchmarking (EWRP) regulatory requirement for large buildings. This regulation would precede pending passage of amendments to the Green Energy Act, 2009 (Bill 135). The “mandatory reporting bus” is leaving the station soon, the  building design & construction industry will soon have to react again rather than be ahead of the curve.

A smart construction firm in Canada today should be looking to get in front of this mandatory Carbon / GHG reporting (accounting) requirement. I know of one very large construction firm in Canada starting to do just this already and a very large trans-national retailer that is reporting annual GHG emissions from all their stores in Canada and the rest of the world. There is even an ISO standard for guidance (ISO 14064). However to try and simplify things, what does all this mean? It means accounting, reporting and verification of Carbon / GHG’s. It all adds up to accountability and raising standards via, local, national and international peer pressure. In this game, the lowest wins!

For construction firms, Carbon / GHG accounting procedures need to be developed for;

In the future a construction firm should be able to report;

Total embodied Carbon adds up and seems to be too big to ignore. For example, the total Carbon footprint of annual Canadian new, non-residential construction, is over 2.3 million metric tons of CO2e. That is equivalent of 487,000 cars driving for a year (Source: Athena Sustainable Materials Institute).

This all sounds like a monumental task, and it is. However other parts of the world are far ahead of North America and IMHO Canada needs to catch up at a minimum and ideally, as I am Canadian, set the best example. This example should, in my view, be industry lead by construction firms.

Quality, Consequences and the Construction Industrial Complex (part 86) - All IMHO:Catching up on my reading…

"A picture is worth a thousand words". DCM are drawing specialists for one simple reason, drawings…

Quality, Consequences and the Construction Industrial Complex (part 62) - All IMHO:How many projects with defects… 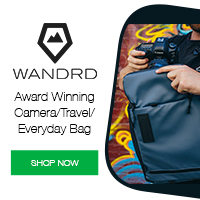